3cr Radio station was established in 1976 to offer a voice for those who’s been denied to use the mass media, specially the working class, women, Indigenous people as well as the many community groups in addition to community issues discriminated against in and because of the mass media. We live in an old rabbit warren of a terrace building in Melbourne that has an exciting new mural by local artists Bindi Cole, Tom Civil and Reko Rennie.

3CR broadcasters present over 120 radio programs every week. Listeners can tune in on 855AM, stream live through the web or download podcasts of our shows. We provide a voice for those denied access to the mass media, particularly the working class, women, Indigenous people and the many community groups and community issues discriminated against in and by the mass media. 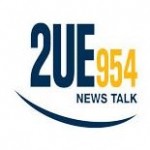