Orange 94.0 is a one of the most famous online radio station on Vienna, Austria, providing News, Talk, Feminism, Information and Culture. ORANGE 94.0 is Vienna’s first and only free radio. Ad-free, diverse and sometimes very obliquely – that is heard when around 500 do volunteer Mitarbeiter_innen radio. Around the clock, in words and music. Orange 94.0 live broadcasting from Austria.

Information: Since 1998, between its official launch, is Radio Orange 94.0 in Vienna counterpoint and complement to the public and private commercial media. As a free radio in Vienna offers Orange 94.0 open access to the medium of radio. Here Radio Time is provided to all those people free of charge, who want to discuss their issues and make their own broadcasts. To hear is content that often lie beyond the media mainstream – and all without advertising. The station is funded by voluntary donations and grants.

Radio Orange, the technology and the knowledge of the broadcast production available, offering a range of courses. So many people as possible will allow access to the radio Make. Nearly 500 radio makers and radio producers from various communities make currently 160 broadcasts. Radio Orange 94.0 is a do-it-yourself radio, inviting them to participate. 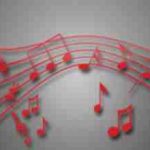 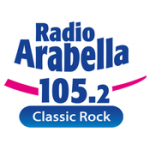