Syabry (Belarusian: Сябры – Friends) – Belarus pop group, established in 1974 y, Honored team of the Republic of Belarus. Ensemble Syabry Anatoly Yarmolenko created in the early’ 70s, the first was composed of friends – musicians, graduates of Gomel Music College Sokolovskogo. The first victory – the first place in the first national contest entertainers 1974. Minsk. The summer of 1975, the management team was invited Valentin Badyarov. The ensemble was included in the plan and actively Rosconcert gstroliroval for the USSR. Performs songs of Russian and Belarusian authors. Most of the songs written for the ensemble of the Belarusian composer and musical director of the ensemble, Nikolai Satsura. Who holds the title of the ensemble – Honored team of Belarus, ensemble Syabry. Permanent artistic director of the ensemble – People’s Artist of the Republic of Belarus Anatoly Yarmolenko. in 2006 Syabry get star on the Star Square in Moscow. 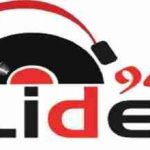