Radio Unistar is one of the most famous online radio station on Minsk,Belarus. Radio Unistar broadcasts to the regions 24 hours a day, 12 months of the year. With a great mix of jazz, blues, folk, world and classical music. Radio Unistar has something for all discerning music lovers. Radio Unistar live broadcasting from Belarus.

UNISTAR – Belarusian radio. Provides broadcast in FM-band at a frequency of 99.5 MHz in Minsk and Minsk region, on the frequency 102.3 MHz in Brest. The zone of reliable reception of Unistar (from 90 to 140 km from Minsk) – the most extensive of all the radio stations operating in the FM-band.

The founders of the Unistar radio are Belarusian State University and the German company MediaInvest Gmbh. Unistar Radio began broadcasting December 22, 2000. Unistar Radio began broadcasting December 22, 2000. In honor of the opening of the station was a concert-presentation in the Minsk Palace of Sports. The concert, which leader was Sergei Nikita, brought together more than 4,000 people. The guests of the presentation were DJ Groove, Lika, the duo “Visitors from the future.” During the concert, a teleconference was held between the ethereal studio Unistar and Palace of Sports. First aired song was “Mambo №5” Lou Bega. Live out the first Pavel Baranovsky, Sergei and Nikita Victoria Kosenyuk. 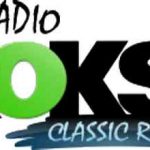