Kameleon FM is a volunteer run, not for profit radio station of Bosnian, committed to keeping the community informed on local and global issues, presenting music and information not available on other media in this area, and on creating and maintaining a positive spirit in the community Kameleon FM.

Rural folk traditions in Bosnia and Herzegovina include the shouted, polyphonic ganga and “ravne pjesme” (flat song) styles, as well as instruments like a droneless bagpipe, wooden flute and šargija. The gusle, an instrument found throughout the Balkans, is also used to accompany ancient Slavic epic poems. There are also Bosnian folk songs in Ladino, derived from the area’s Jewish population. Bosnian roots music came from the Middle Bosnia, Posavina, Drina valley and Kalesija. It is usually performed by singers with two violinists and a šargija player. These bands first appeared around World War I and became popular in the 1960s. This is the third oldest music following after the sevdalinka and ilahija. Self-taught people, mostly in two or three members of the different choices of old instruments, mostly in the violin, sacking, saz, drums, flutes (zurle) or wooden flute, as others have already called. 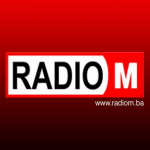