88.7 The River Radio – CIWN FM is a new community Live radio station. This radio station is located in Mount Forest, Ontario, Canada. It is broadcast at 88.7 FM.

It is owned by Saugeen Community Radio, was granted approval by the CRTC on September 17, 2013. which will be broadcast on MHz (FM) with an effective radiation capacity of 1,648 watts (a higher average antenna with non-directional antenna is above 733.1 meters).

CRTC was approved on September 17, 2013, owned by Souzin Community Radio. Signal testing began in August 2015 and the station officially went live with music and announcers on November 23, 2015.

The station’s first competition was to offer listeners a name. The name of the irresistible winner was The River. As of December 22, 2015, CIWN is now known as 88.7 Rivers.

In early 2017 the river moved to their current location at 248 Main Street n Mount Forest. At present, the radio station is dedicated to the personality of the aircraft as well as more than twenty on the production crew. 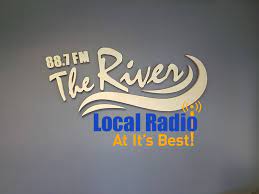