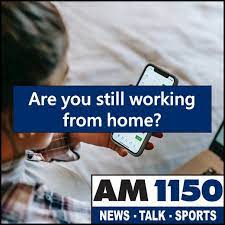 AM 1150 CKFR is an online radio station of Canada. It broadcast from Kelowna, British Columbia, Canada. This radio station is providing News, Talk and Sports programs.

CKFR is a radio station in Kelowna, British Columbia, Canada. Broadcasting at 1150 AM, the station airs news/talk and sports formats, and identifies on air as AM 1150 News, Talk, Sports. It is owned by Bell Media.

Current on-air talent include Phil Johnson, who hosts the CKFR Early Edition from 6-9am Monday to Friday, and morning show producer Daniel O’Hara.

Throughout the day, Evan Cooke reads the news during the midday newscasts, and Harry Callaghan takes over for the afternoon news.

Other than in mandated hourly pre-recorded station identifications and the title of the morning show, the callsign “CKFR” is not mentioned on air or in station branding and promos. The callsign was randomly assigned to replace the former CKBL callsign when the station switched from 1150 AM The Bullet’s country music format to Oldies 1150’s oldies music format in 2004.