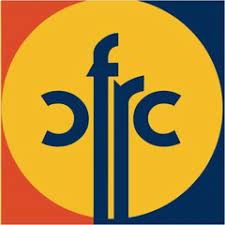 CFRC 101.9 FM plays live hit songs of famous artists all time and all the day. This radio is for all types of people in the world. It is a not-for-profit radio campus community radio station in Kingston, Ontario, Canada.

It is broadcasting from Queen’s University campus since 1922.A comprehensive oral history of the station was compiled by Arthur Zimmerman, which was broadcast on the station in 1982 and was published in book form in 1991.

He mounted the first public exhibition of wireless telegraphy at a Queen’s Convocation lecture on April 28, 1902, only four months after Guglielmo Marconi’s first successful trans-Atlantic transmission from Signal Hill.

By the 1910s regular courses on wireless technology and theory were being taught by Gill, and Professor Gill set up the Queen’s wireless telegraph sets at Barriefield war Camp in 1915 and contributed directly to the use of wireless and radio technologies by the Allied forces during World War I.

An informal wireless club was formed by a group of Gill’s students, who kept experimenting with the latest available wireless technology.

With the help of Professor Douglas Jemmett an experimental station license (9BT) was obtained in the Spring of 1922.

The station’s equipment was housed in the basement (later moved to the second floor) of the Electrical Engineering building, Fleming Hall (named after Sir Sandford Fleming).

It had a power output of approximately 250 watts, and had an estimated range of 160 kilometres. While there were likely some preliminary, unscheduled broadcasts by 9BT, the station’s first scheduled public broadcast was on October 7, 1922, as Professor Richard O.

Jolliffe called the football game between Queen’s and McGill. (At that time, the University’s football/rugby team, the Queen’s Tricolour, were the winners of the Grey Cup for three consecutive years, and it is a common myth that when the current call letters CFRC were assigned, their meaning was “Canada’s Famous Rugby Champions”; this acronym being possible, however, was purely coincidental). Some student broadcasters also said that CFRC meant “Crazy Fellows Raising Cain”.