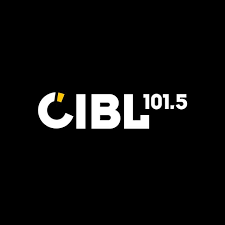 CIBL-FM opened on April 26, 1980.[2] It originally operated on 104,5 MHz with 16 watts from the top of one of the pyramids of Montreal’s Olympic Village. Its target audience at that time was the Hochelaga-Maisonneuve district.

Its antenna and transmitter are now located on Olympic Stadium, and its signal covers the whole city since a power increase in 1991.

It is also known as a launch pad for several artists and radio personalities such as the late French language humor group Rock et Belles Oreilles and Télé-Québec’s Marie-France Bazzo.

One of its former general managers, Line Beauchamp, was a cabinet minister in the Jean Charest Liberal government.

Studio in the 2-22 Ste-Catherine In February 2012, the station moved to a new street-level studio in the 2-22 building at the corner of Saint Catherine Street and St-Laurent Street in the Quartier des Spectacles District of Montreal.

In January 2018, the station temporarily laid off all of its paid employees amid a financial restructuring effort.