CJTR FM has been on air as a popular and known radio station in Canada. It is operated by Radius Communications, a non-profit corporation that began fundraising in 1996 and got the station on the air in 2001. CJTR was formerly the callsign of a now-defunct AM radio station in Trois-Rivières, Quebec. They are great as an news,talk and pop song based Canadian radio station. CJTR FM also arranges talk shows based important social and political mater along with its beautiful pop music playlists. Their intention is to broadcast latest news from canada as well as from the whole world. 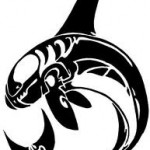