Fairchild Radio AM1430 is broadcasting from Canada for the people of China living in Canada as well as in China or elsewhere in the world. Chinese people can listen to this radio station and can enjoy their desired radio programs any time they want. Fairchild Radio AM1430 is a great medium for experiencing Chinese songs. Among people of all ages, this radio channel plays music programs and talk shows 24 hours live online.

Canadian Chinese Radio (Fairchild Radio) AM1430 / FM88.9 on March 1, 1997, formally established, under the Fairchild Group of the multicultural commercial radio station, broadcast widely available in Cantonese, Mandarin, and 18 languages in the Toronto area service. Including Tamil, Korean, Hindi, as well as Russian, Thai, Vietnam, Afghanistan, and other languages, including Chinese airtime to the longest, up to 100 hours per week. AM1430 and FM88.9 order to comply with the various ethnic population growth and changes in recent years, and work seven days a week to provide broadcasting services for the Toronto area to take care of different necessities of life, cultures, and traditions as their responsibility.

Canadian Chinese Radio elaborate theme novel, diversified forms of broadcast programs, from news, current affairs topics, music programs, talk magazine programs, as well as finance, sports, culture and arts, radio and so nothing is prepared. Among the program to more diverse, presided over a strong line-up, the news unique touch, Toronto became the leading Chinese media. This station a public show host and DJ, the audience has not only become the most trusted friends, is the most reliable businesses to expand their markets and the most cost-effective business partner. 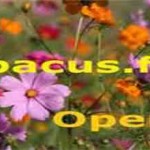 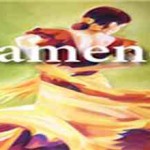