It began broadcasting as Radio Universo in November 1985, succeeding Radio Orange . It is aimed at adult-youth between 25 and 45 years, it is one of the highest-rated stations in this segment. The 15 of October of 1995 , Universe launches the program time taco, conducted from inception to December 21, 2010 by Cristian Velasco. Since January 2011, is led by Felipe Bianchi and Sebastián Esnaola. Univers0 is a radio station located in the 93.7 MHz of the dial FM in Santiago de Chile . 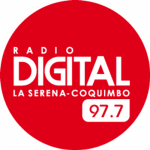