Radio Carinosa radio is more tuned in the popular segment in south-central Chile. Located in 821 Liberty Avenue in the city of Chillan, it has become a massive, lively and interactive media; managing to obtain a level of absolute fidelity, auditors as diverse as businesses, workers, housewives, etc.

Since 1990 Radio Carinosa, it has rhythm and flavor in the heart. During 24 hours of uninterrupted programming, broadcasters, entertainers and journalists enliven a schedule full of dynamism and joy, which places great emphasis on continuing participation in charity campaigns and mass events. Radio Carinosa, has the most varied musical grill covering genres as diverse as the tropical, folk, Latin and rancher. 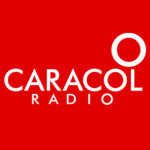