The sound rumble of the tolimensidad has diamond tips, when arriving at the dial 790 that ignites the tuning and initiates the feast of the spirit. Echoes of Combeima is the oldest station in Tolima, which in 1934 greeted Ibagué for the first time from four or five magical quadrants, which resembled Aladdin’s lamp. Colombia was leaving the pastoral country, archaic and quiet and receiving the first shines of the Century of Lights. The business visionaries of that time Francisco Lamus Ordoñes and Nicolás Rivera, believed that Ibagué was land subscribed to the radio. Dr. Lamus, who had founded the first theater in Ibagué, and brought the second car to the city, was not going to be big enough to found a station. The magazine El Bodegón de Barranquilla, Edition 97 of the month of December 1935 dedicated to Tolima, for the ascent of Alfonso Lopez Pumarejo to the government, brings an article of the teacher Alberto Castile, titled: “The Departmental Conservatory” in whose last paragraphs it says: “… the Conservatory has a seat in the Departmental History Center, the powerful Ecos del Combeima station works …” The transmitters settled on the old Llano de los Álvarez, on a bank of the old Calarcá road, apparently on the estate where The man from Humbolt stayed and later gave birth to the Club Miramar. In the newspaper El Tolima, by Vicente Gaitán, the second owner of the station, in a brief article says that the day of its inauguration was a great party where he sanglive and live Guillermo Buitrago, precursor of the vallenato. 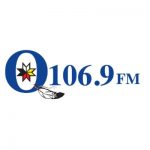