History:  Activ Radio is the successor to Radio Drill Montbrison, one of many ” free radio ” Following the liberalization of the airwaves in the early 1980. Launched in 1982, it operates on a voluntary fashion for many years before becoming a station commercial in 1997 under the name of “Drill FM”. In May 2003, resumed by Maxence Bertholon technician RCF Saint Etienne Romain Mazodier, former presenter on Radio Scoop , both desiring to give new life to this iconic resort of Drill . His name was changed soon after, when its actual launch September 22, 2003, to erase the picture judged “a bit dated” Drill of FM .

Small local station broadcasting in a relatively small area around Montbrison , a city of 15,000 inhabitants located about thirty kilometers from St. Stephen , she obtained permission to cover the Saint Etienne in 2006, a pool of listeners potential 400 000, and moves to new studios at 5, Place Jean Plotton in June 2007. Two years after the debut at Saint-Etienne, she meets daily listeners 27600 and climbs leading music radio of agglomeration, and in second combined list, just behind France Info . His progress over the period 2005-2006 reached as much as 160% .

In 2010, it passes into the top three of the most listened radio stations at county level, with 10.5% audience share (behind France Inter and 12%, RMC and 10.9% ), when she was in seventh place in the previous year . The station gets a new frequency in the Greater Roanne in October 2011 (106.1 FM) . It becomes from the beginning of the 2011/2012 season, the official radio of the Chorale Roanne Basket and broadcasts all matches of this Roanne basketball team on its local branch; it is also the only back to live most of the games “Greens” of AS Saint-Étienne since the cessation of broadcasts on Radio Scoop in 2013 .

In September 2012, Activ Radio exchange for the second time of visual identity (new logo, top his schedule and advertising jingles) and gets a smartphone app ( iPhone andAndroid ). The issuance Chart Activ is replaced by a time hits without interruption. In the morning new sections appear. Every day is an unknown song broadcast from little on local or national radio, reported by the jingle “surprise hit”. At the same time, the médialocales survey reveals a significant increase in the number of regular listeners, passing 67,800 people per day . In 2010 and 2012, Activ organizes the zenith of St. Stephen , two big parties in favor of charitable organizations, by inviting on stage artists like Big Ali orJulien Doré . A 2013 comeback, Activ expands its interactive programs to weekends: a live reporter on Saturday and Sunday for local news and traffic information, dedications … A new appointment appears in week 16 / 19: the puzzle with unusual gifts to win, in addition to normal operations. That same year, the station sign a partnership agreement with the Prefecture of the Loire and becomes the referent station in case of emergency. It is committed to serving the channel authorities and civil protection “in a crisis related to security and civil defense” .

2014 is a year of renewal studios Place Jean-Plotton, after more than a year of work. An opening night was held in June at the end of the 2013/2014 radio season. The year 2014 was also marked by further growth, passing the station in second place in Saint Etienne with 12.6% of audience share, just behind France Info . 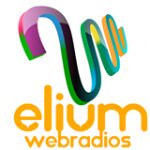