Estereo Mil lives broadcasting from Tegucigalpa, Honduras. Respecting its original format and because the audience is multi stereo thousand generations None Stop programming is in English 24 hours each day, 365 days a year. Programming is carefully selected covering the decade of the 80s and 90s will eventually inserting 70s classics. Mostly music of the 80s by the combined morning with music from the 90s in the afternoon and a selection of great exists at night and early morning also eventually inserting music now that fits with its format and the public, while maintaining its tradition of programming successes consecrated and successes of today 24 hours a day. Estereo Mil is one of the most famous online radio station in Honduras.

Information: The radio starts transmitting thousand light instrumental music and programming began at 7: 00a, m, and closed at 11:00 p.m. Near 1968 begin broadcasting in Spanish pop music mostly following the movement of Mexican pop music exponents like Enrique Guzman, Alberto Vasquez, and Angelica Maria. Between 1973 and 1974 gender change and begin to stream music in American English history starting as a radio pioneer youth of that time still known by his followers in the 70s as the Wave Groovy. The mid-70s are starting in Frequency Modulation under 92.1 and mid-80s pass frequency 92.3 Known for her public as The Magic Point in the 80s and 90s as the frequency More Fresca. Thousand in 1998 Estereo FM leaves giving way to rock in Spanish trends that were marked at the time and were born the radio that today is known as Rock N Pop on the frequency 92.3.

After 10 years of having left a void in his followers, under the initiative of His manager and owner, director and producer of Radio and Television, Lic. José Manuel Villeda Ferrari decides to reciprocate the affection of the public of generations back to life a stereo thousand through the internet in www.estereomil.com. The news caused a stir in both Hondurans living in the country and those living in distant lands. Born in the internet introducing Honduras in the technological era of internet radio that can be heard from anywhere in the world and from any device that can connect to the Internet and gives Hondurans putting themselves to tones with the new radial was and to hear radio via smartphones. With hundreds of thousands of Smart Listeners around the world, Stereo Mil offers a varied repertoire of hits in English of all ages, in their regular programming listen to all musical genres in English that became classic hits music and that marked different generations. Eventually, you suggested in your current programming successes falling within its high-quality format taking into account the trend in music. 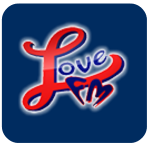