Pro FM is a radio station in Romania and Moldova and now has digital format for Internet radio format. Pro FM  broadcast various kind of latest hip-hop, hits, pop, dance, electronic etc. music. Pro FM vision is bring music and radio entertainment collectively with qualitative criteria, reporting and facts not only on musical themes and also the happenings with the city, the aim of their plan should be to possess the greatest possible effect around the majority of its population of Moldova. Pro FM can be a music radio stations that also entertains and informs the public about the events on the city.

Pro FM started broadcasting on 15 April 1993 and now has formed format digital radio for the Internet. In 2008, Pro FM radio division launched exclusively online, which has 19 channels on-line portfolio. Since 2009, Pro FM has programs in several cities in Romania and Moldova. On September 5, 2010 radio Info Pro will cease broadcasting on frequencies and will issue InfoPro Pro FM. Of the month December 2014, Pro FM switch the average portfolio of RCS & RDS with Info Pro, Music FM and Dance FM, following the transaction with the group CME. In February 2015 , a meeting of the CNA representatives of RCS & RDS explains the format of “informative radio with its own newsroom” that will have the new Digi FM radio station, which will use InfoPro network frequencies. After launching the new station, PRO FM will continue to use its original frequencies, before closing InfoPro. 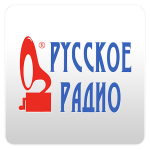 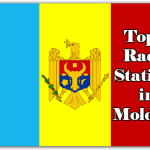