Ujyaalo Online is the news based online news portal of Nepal and broadcaster of latest hot bulletins. They broadcasts the most happening national and international news with as much unbiased view possible. Ujyaalo Online provides news on politics, business, economic, sports and other various matters.

Neolithic tools found in the Kathmandu Valley indicate that people have been living in the Himalayan region for at least eleven thousand years. The oldest population layer is believed to be represented by the Kusunda people.

Nepal is first mentioned in the late Vedic Atharvaveda Pariśiṣṭa as a place exporting blankets and in the post-Vedic Atharvashirsha Upanishad. In Samudragupta’s Allahabad Pillar it is mentioned as a bordering country. The Skanda Purana has a separate chapter known as “Nepal Mahatmya” that explains in more details about the beauty and power of Nepal. Nepal is also mentioned in Hindu texts such as the Narayana Puja.

Tibeto-Burman-speaking people probably lived in Nepal 2500 years ago. However, there is no archaeologic evidence of the Gopal Bansa or Kirati rulers, only mention by the later Licchavi and Malla eras. Around 500 BCE, small kingdoms and confederations of clans arose in the southern regions of Nepal. 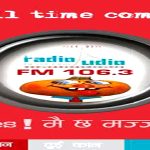