RMF Alternatywa live broadcasting from Poland. RMF ALTERNATYWA is dedicated to offer its listeners alternate music all the time all day long. Music knows no bounderies and alternet radio is one of the rockets genre that turns the head of so many geeks. Their main vision is to provide a place where alternate music lovers are bound to get entertained. Their targeted audience age group is 18 to 35. This is where all types of alternate music got a pltform. 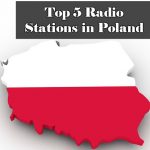