Power 98 FM is a broadcast radio station in Singapore, providing Top 40, Adult Contemporary, Pop, and Rock music. its offers you the best in Travel, Food, Movies, Sports, and more!

It is an English radio station In This Country. It is a 24-hour English entertainment station that features contemporary pop music with a pinch of oldies plus the latest entertainment news and sports updates. The station underwent its first major revamp in 18 years on 19 March 2012, which includes changing its slogan from Hit Music and More to Hear The Difference, an overhaul of the station’s website, and a new line-up of DJs and programs. 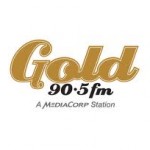