Gold 90.5 FM is an English radio station of MediaCorp in Singapore. Gold 90.5 FM broadcasts classic hits from the 60s and beyond. Their stable of DJs includes Singapore’s granddaddy of radio, with over 30 years of experience, Brian Richmond.

Pop music is eclectic, and often borrows elements from other styles such as urban, dance, rock, Latin, and country; nonetheless, there are core elements that define pop music. Identifying factors include generally short to medium-length songs written in a basic format as well as the common employment of repeated choruses, melodic tunes, and hooks.Throughout its development, pop music has absorbed influences from most other genres of popular music. Early pop music drew on the sentimental ballad for its form, gained its use of vocal harmonies from gospel and soul music, instrumentation from jazz, country, and rock music, orchestration from classical music, tempo from dance music, backing from electronic music, rhythmic elements from hip-hop music, and has recently appropriated spoken passages from rap. 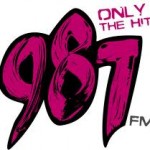