Radio Pizarra live broadcasting from Spain. Radio Pizarra is a collective project that was launched through the efforts, enthusiasm and work of a group of young, in the early years of democracy in our country. At that time, in the current and probably, in the future, the role of the collaborators of the radio has been essential for this project succeed and consolidated. 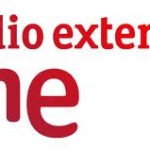