1449AM URB is one of the UK’s oldest student radio stations that started back in May 1973. The Station is based at the heart of the Student Centre in Norwood House. With over 100 members, 1449AM URB is the largest Student Media outlet at the University of Bath Students’ Union. The station is headed up by a dedicated team of 12 students who make up URB’s committee.

University Radio Bath is run entirely by volunteers, all students studying at the University of Bath. The station broadcasts 24 hours a day throughout the year, although live broadcasts tend to only be during semester time. The schedule is made up of a variety of shows including entertainment, news, speech, drama, and specialist music. With a new intake of students each academic year, the station’s output can change significantly.

URB 963, launched on 16 May 1973. It was one of the first University radio stations built in the UK to broadcast on Medium Wave on an induction loop system across the campus. The station was built and designed by students Jonathon White (Electrical Engineering) and Stephen Singer (Physics) and launched by BBC Radio 1’s Annie Nightingale and Pete Bradey. The first year anniversary was hosted by the BBC Radio 1 Roadshow with Alan Freeman (DJ) in the Students’ Union. In 1994 and 2003, URB also broadcast under short-term Restricted Service Licences across the city of Bath on the FM band. In 1995, Torch FM 106.2 used URB studios and presenters to provide a city-wide radio service for the European Youth Olympics in Bath.

1449 AM URB is the student radio station for the University of Bath – Your Campus, Your Station, Your Soundtrack 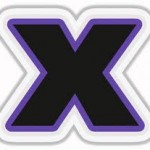