Abacus FM Beethoven live broadcasting from UK. Like all the other radio provided by Abacus FM each catering a different theme of music and a specific genre based music of it own this Abacus FM Beethoven is no exception to that trend as the radio is full fledged online radio with 24 hours live programs on the finest Beethoven music.

Classical music is art music produced or rooted in the traditions of Western music, including both liturgical (religious) and secular music. While a similar term is also used to refer to the period from 1750 to 1820 (the Classical period), this article is about the broad span of time from roughly the 11th century to the present day, which includes the Classical period and various other periods.The central norms of this tradition became codified between 1550 and 1900, which is known as the common practice period. The major time divisions of classical music are as follows: theearly music period, which includes the Medieval (500–1400) and the Renaissance (1400–1600) eras; the Common practice period, which includes the Baroque (1600–1750), Classical (1750–1820), and Romantic eras (1804–1910); and the 20th century (1901–2000) which includes the modern (1890–1930) that overlaps from the late 19th-century, the high modern (mid 20th-century), and contemporary or postmodern (1975–2015) eras. 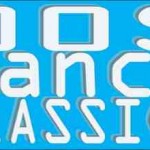 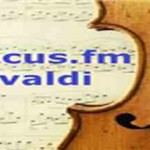