Lakeland Radio broadcasts online 24 hours a day, seven days a week. Lakeland Radio brings you the friendly voices of the community plus a wide range of music, including classical, contemporary, jazz, and country. As a community station, They also have programs for ethnic communities (German, Welsh, Irish and Spanish), Aboriginal programs, religious programs, sport, local news, and interviews, etc.

Launch:
On launch week on 27 October 2001, Nigel Marsh was the first voice with his breakfast show with his first words “Good Morning It’s 27 October 2001 at 7:30 am and this is Nigel Marsh’s Breakfast Show on the new radio station Lakeland Radio” followed by a jingle and the very first song to be played was I Don’t Want to Talk About It by Everything but the Girl.

Overview:
Lakeland Radio broadcasts from transmitters at Kendal on 100.1 MHz, the western side of Lake Windermere on 100.8 MHz, and Keswick Forest on 101.4 MHz.

Originally licensed to serve the South Lakes, the station’s coverage area extended northwards on 23 April 2013 when it began broadcasting to Keswick and surrounding villages. Part of the service area overlaps with that of its Lancaster-based sister station The Bay.

Programming:
The majority of the station’s programming is produced and broadcast from its Kendal studios, with the exceptions of the weekly syndicated country and 1980s music shows. Evening and overnight programming is generally voice tracked and automated.

Local news bulletins air every hour from 7 am to 6 pm on weekdays and from 8 am to 1 pm on weekends with hourly national bulletins from Sky News Radio carried at all other times. UK

Community Radio format serving the Heart of the Lake District, the Bay, and Global audiences online, playing hits and classic tracks from the last six decades. …even the bad times are good! 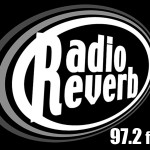