Abacus FM Nature live broadcasting from UK. Misc melodious music that is close to the nature are presented in Abacus FM Nature. Its a very promising online radio with top level of musical heritage from their broadcasting and this is why whenever they tries a new radio they ensures everything is very perfect for their listeners. 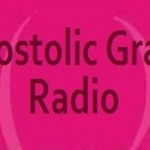