Rhythm and blues, often abbreviated as R&B or RnB, is a genre of popular African-American music that originated in the 1940s.The term was originally used by record companies to describe recordings marketed predominantly to urban African Americans, at a time when “urbane, rocking, jazz based music with a heavy, insistent beat” was becoming more popular.In the commercial rhythm and blues music typical of the 1950s through the 1970s, the bands usually consisted of piano, one or two guitars, bass, drums, saxophone, and sometimes background vocalists. R&B lyrical themes often encapsulate the African-American experience of pain and the quest for freedom and joy.Lyrics focus heavily on the themes of triumphs and failures in terms of relationships, freedom, economics, aspirations, and sex.

The term rhythm and blues has undergone a number of shifts in meaning. In the early 1950s it was frequently applied to bluesrecords. Starting in the mid-1950s, after this style of music contributed to the development of rock and roll, the term “R&B” became used to refer to music styles that developed from and incorporated electric blues, as well as gospel and soul music. In the 1960s, several British rock bands such as the Rolling Stones, The Who and The Animals were referred to and promoted as being RnB bands; posters for The Who’s residency at the Marquee Club in 1964 contained the slogan . This tangent of RnB is now known as “British rhythm and blues”. By the 1970s, the term rhythm and blues changed again and was used as a blanket term for soul andfunk. In the 1980s, a newer style of R&B developed, becoming known as “Contemporary R&B”. It combines elements of rhythm and blues, soul, funk, pop, hip hop and dance. Popular R&B vocalists at the end of the 20th century included Michael Jackson, R. Kelly,Stevie Wonder, Whitney Houston,and Mariah Carey. 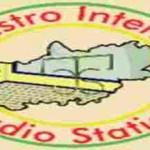