Scarlet FM live broadcasting from UK. Scarlet FM provides twenty four hour (24h) mix of several genres and styles of music. The station plays all the music you love while striving to keep up with the desires of its listeners. R&B, Soca, selective Chutney, Hip-Hop and Reggae music can be heard.

Scarlet FM is a local radio station covering the Llanelli, Burry Port and Pembrey areas of south Carmarthenshire in west Wales, playing contemporary and classic music. The station was originally based at The Foothold Centre in the Stebonheath area of Llanelli, but has since moved to Town and Country Broadcasting’s West Wales studios in Narberth, Pembrokeshire. Programmes on Scarlet FM are mainly hosted by presenters who also work on its sister stations Nation Hits (formerly Bay Radio),Radio Carmarthenshire, and Radio Pembrokeshire.

Classic hits is a radio format which generally includes rock and pop music from 1964 to 1988 or 1989, with occasional songs as recent as the early 1990s or before 1995. The term is erroneously used as a synonym for the adult hits format (which uses a slightly newer music library stretching from the 1970s through the 90s), but is more accurately characterized as a contemporary style of the oldies format, although most classic hits stations focus on pop hits from the late 1960s through the 90s. 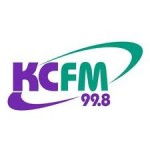