The Arrow is a four-hour miniseries produced for CBC Television in 1996, starring Dan Aykroyd as Crawford Gordon, experienced wartime production leader during World War II and president of A. V. Roe Canada during its attempt to produce the Avro Arrowsupersonic jet interceptor. The film also stars Michael Ironside and Sara Botsford. The mini-series is noted as the highest viewership ever for a CBC program.

Other significant individuals in the program, portrayed in the series, include RCAF pilot Flight Lieutenant Jack Woodman (Ron White) who conducted test flights on Avro aircraft but was supplanted by Janusz Żurakowski (Lubomir Mykytiuk) for the first few flights; Jim Chamberlin (Aidan Devine) and James Floyd (Nigel Bennett) in the design team; Edward Critchley (Ian D. Clark) who would be asked to develop an engine for the Arrow when other models became unavailable.

Rock music has also embodied and served as the vehicle for cultural and social movements, leading to major sub-cultures includingmods and rockers in the UK and the hippie counterculture that spread out from San Francisco in the US in the 1960s. Similarly, 1970s punk culture spawned the visually distinctive goth and emo subcultures. Inheriting the folk tradition of the protest song, rock music has been associated with political activism as well as changes in social attitudes to race, sex and drug use, and is often seen as an expression of youth revolt against adult consumerism and conformity. 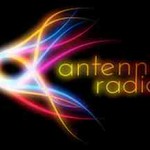