Bindas Radio live broadcasting from UK. Bindas Radio is a very big and its truly one of the biggest online radio of South Asia allowing their listeners from across the world to enjoy non stop Indian, Pakistani and English music with Live radio jockeys from across the globe. Bindas Radio was introduced back in 2009 and is also situated in United Kingdom. 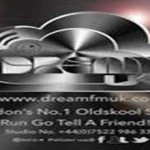