1470 WMBD Radio live is broadcasting from the USA. It broadcast news, socially and different type of cultural programs for the different audience. Stay connect on 1470 WMBD Radio. It’s the Source of your ultimate Entertainment.

WMBD is the oldest radio station in Peoria, Illinois. It broadcasts on 1470 kHz with 5000 watts day and night, with a 2-tower pattern during the day and a 4-tower pattern at night.

The station started broadcasting in 1927. The call letters WMBD are associated with a local legend that President Theodore Roosevelt once described Grandview Drive, the location of the station’s original studios, as “the World’s Most Beautiful Drive.”

Though marketed as a news-talk station now, WMBD has traditionally been a full-service station, broadcasting a variety of programs. Past announcers included Bob Carlton, Farmer Bill, Milton Budd, and John Williams, who is now at WGN (AM). The station always had strong agribusiness coverage, and for many years had a noon farm show, which has now moved to sister station WIRL. Colleen Callahan was the long-time agriculture news director. The station was a long-time CBS radio affiliate until 2001. WMBD’s on-air staff include Dan DiOrio, Greg Batton, and Scott Robbins. The station carries The Rush Limbaugh Show and The Glenn Beck Radio Program and is a radio affiliate of Fox News Radio. 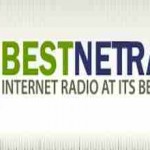