Musically, rock has centered on the electric guitar, usually as part of a rock group with electric bass guitar and drums. Typically, rock is song-based music usually with a 4/4 time signature using a verse-chorus form, but the genre has become extremely diverse. Like pop music, lyrics often stress romantic love but also address a wide variety of other themes that are frequently social or political in emphasis. 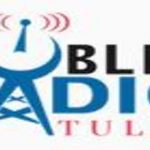