Red FM 101 Mhz is one of the most famous online radio station on Nepal. Red FM 101 Mhz is a commercial FM station in Biratnagar, Morang, Nepal also the first private FM radio station in Katahari VDC Morang, With the transmission capacity of 250 watts. Red FM 101 Mhz website is developed by Websoft Univesity Pvt. Ltd. It can be easily assumed that a greater part of Nepalese population owns a radio set. This shows that though some of the rural population owns a television, a majority owned only a radio. 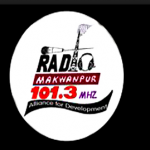