The term “classic hits” is believed to have its birth at WZLX Boston when the station converted from “adult contemporary” to a format composed of the hipper tracks from the oldies format and album tracks from popular classic rock albums. The goal was to attract and magnetize two groups of baby boomers: those who didn’t want the doo-wop and pop they found on the oldies stations, and those who didn’t like the more heavy metal side of AOR stations.

Over time, the “classic hits” format has evolved into more of a station’s slug line than of a tightly focused music library shared by the stations who use the term. The first branching-off in the late 1980s led to stations becoming more “classic rock”-based, and the second reincarnation manifested itself in the premises of the “Jack FM” and the “Arrow” formats. Some of the 21st-century versions are based on a music library mostly consisting of classic rock-style hits from the 1970s, along with R&B and pop hits from the late 1960s through the mid-1980s. In many of the cases, the stations are merely oldies stations that evolved into a more up-tempo sound with more newer songs, and the term is now considered a more appealing name than “oldies” to listeners and advertisers alike.

Variations of the core playlist vary greatly and include playlists composed of only pop-leaning classic rock. Others, while indeed leaning rock, also feature some soul, disco andMotown music as well. (Westwood One’s national “classic hits” network describes its format as “pop, soul and rock and roll.”) Most “classic hits” stations predominantly air music from the 1970s; the general trend has been to cut back on 1960s music and add more 1980s music as the years have progressed. 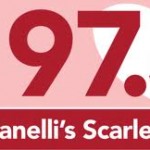 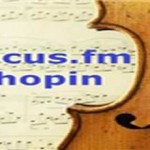