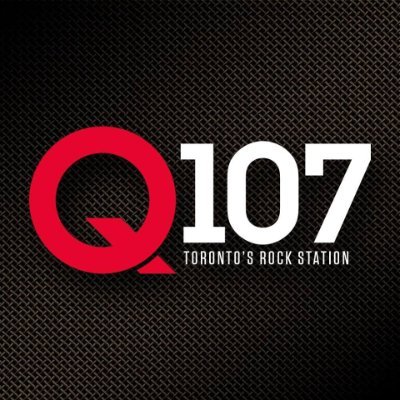 CILQ-FM is a Canadian radio station, broadcasting at 107.1 FM in Toronto, Ontario. The station broadcasts a mainstream rock format branded as Q107. The station is owned by Corus Entertainment.

CILQ’s studios are located at the Corus Quay building on Dockside Drive at Toronto’s Harbourfront neighbourhood, while its transmitter is located atop the CN Tower, with backup facilities located atop First Canadian Place.

CILQ is also available through streaming audio, and simulcast on Bell Satellite TV channel 954, and Shaw Direct channel 864. CILQ signed on the air at 9 a.m. on May 22, 1977.

The first song played on the station was “Hard Rock Town” by Murray McLauchlan, although the station officially signed on with Deodato’s “Also sprach Zarathustra”.

CILQ debuted with an album rock format, part of the numerous “Superstars” formatted stations developed by Lee Abrams in the US, one in each major radio market.

Roughly 1,000 songs revolved in a playlist in a revolving card category system based on media sales data. Platinum albums were category B1 or B2. Golden oldies were D1 or D2.

Canadian content was another. Most of the music library was locked in the back and not accessible to anyone except the music director and his assistant. Announcers would pull albums from a shelf in the control room limited to about 1,000.

At 2 am, Marwood featured “Odds & Ends” a full album played in its entirety from his personal collection. CILQ’s original owner was CFGM Broadcasting, a division of J.

Allan Slaight’s Slaight Communications. The station was acquired by Western International Communications in 1985 when Slaight bought Standard Broadcasting, and became part of Corus Entertainment in 2000 when WIC’s assets were divided between Corus and Canwest Global.

Since 2015, Q107 has been adding more pop music to their playlist, and although classic rock still makes up a good portion of their playlist, the station has more of a classic hits feel to it. As of 2016, CILQ had dropped the “rock” reference from their slogan and began billing itself as “Great Hits & Real Classics”.

As of September 24, 2018, the station returned to playing mainstream rock and reintroduced the “Toronto’s Rock Station” slogan. 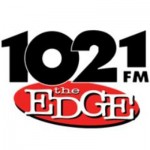 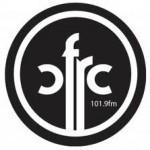