Alternating FM station is a community radio station founded in 1987 which broadcasts on two frequencies FM 98.1 in Nantes and 91.0 FM in Campbon. Radio is also listenable in streaming on the internet. This is a community radio (Law 1901) to non-profit and without advertising .

Infos: Since its creation in 1987, Alternating FM independent local radio associative opened its branch in the “civil society” for all those who wanted to express, defend and promote ideas. Today, as on so many other dishes, volunteers are confined to musical programs, Alternating FM continues to offer programs about social issues and run by volunteers.
By perpetuating the idea of employee-volunteers association, Alternating FM has singled. This diversity allows it to produce and develop quality programs for all age groups.
Pluralistic, humanistic and multilingual radio, it fights against all forms of exclusion, intolerance and racism. Its antenna is open for a long time to different communities (ALVA, Portuguese association Nabad Nantes, Djibouti association, De Regreso (show on the South American culture …).
Aired by the drafting of initiatives taken by various associations and activist, highlighting the artistic and cultural creations (theater companies and local dances, literature etc.). 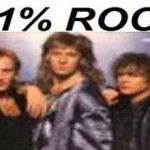