Greek musical history extends far back into ancient Greece, since music was a major part of ancient Greek theater. Later influences from the Roman Empire, Eastern Europe and the Byzantine Empire changed the form and style of Greek music. In the 19th century, opera composers, like Nikolaos Mantzaros (1795–1872), Spyridon Xyndas (1812–1896) and Spyridon Samaras (1861–1917) and symphonists, like Dimitris Lialios and Dionysios Rodotheatos revitalized Greek art music. However, the diverse history of art music in Greece, which extends from the Cretan Renaissance and reaches modern times, exceeds the aims of the present article, which is, in general, limited to the presentation of the musical forms that have become synonymous to ‘Greek music’ during the last few decades; that is, the ‘Greek song’ or the ‘song in Greek verse’.In ancient Greece, men usually performed choruses performed for entertainment, celebration and spiritual reasons. Instruments included the double-reed aulos and the plucked string instrument (like pandura), the lyre, especially the special kind called a kithara. 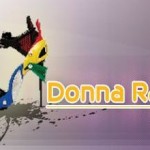