The radio station has studios and offices at Castleforbes House in Dublin 1. The studios at Castleforbes House went live in December 2015. It previously had studios on North Wall Quay in Dublin 1. The station launched in October 2001 from studios in Stillorgan, Co Dublin and was originally identified on-air as ‘Dublin’s Country 106.8FM’ and later (from 2005) as ‘Country Mix 106.8’. The station was completely re-branded as Sunshine 106.8 in October 2010.

The company is headed up by CEO Sean Ashmore, who has been involved with the company since 2004. Sunshine 106.8 broadcasts 24 hours a day and features an easy listening format. The music output is a broad mix of easy listening music drawn from several genres including soul, country, crossover, and Irish music. The station primarily appeals to a 35+ audience (see JNLR data below).

The station has won a number of awards including Bronze & Silver World Medals (2010 & 2011) for station format in the New York Festivals radio programming Awards – the first Irish station to receive an award for format in the awards. The station signed a ten-year contract with the Broadcasting Authority of Ireland (BAI) on 12 September 2014 to continue broadcasting until 2024. The new contract for 2014-2024 allowed the station to re-position itself in the Dublin market. The station adopted the positioning statement of ‘Dublin’s New Place to Relax’ from September 2014. 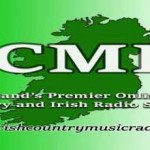 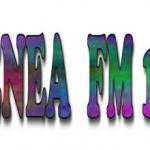