The first test of Extra FM sounds were created in February 1993 and came from a converted bedroom in Puiflijk.
The official broadcasts were launched on 1 April 1993. The station was in Altforst and from there, there was a line connection to Puiflijk. We were in a house that grows until studio and office.
In +/- 1995 Extra FM moved to Beneden Leeuwen along with the event group Kikvorsch. At that time spent Extra FM in a building on the town square, and there has been seated to the rebuilding of the disco in Altforst was ready.
Then followed the big move to Altforst where the studio has been in service until the end of 2009.
Now Extra FM have finally found our spot at ground Wamel we still 24 hours a day, 7 days a week with a lot of fun making radio for the Maas and Waal.
Additional FM arose from volunteers and is today still put a group of enthusiastic volunteers! Extra FM Netherlands official website address is www.extrafm.nl 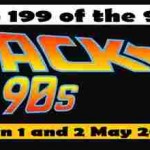