Spakenburgs Goed 24 live broadcasting from Netherlands. Spakenburgs Goed 24 is a one of the most famous online radio station on Netherlands. Spakenburg Good is a radio grogramma at LAX Radio. Every hour and half hour you hear the news, but otherwise almost no breaks, just great music. Musically choice this program focuses on the target group 20-50 years. The music is talked together by Larry Koelewijn.

Spakenburg Well do you think of the costume … But this is not about. It is the program name of a pop music program on Radio LOS. Every Saturday you can hear on LOS Radio, just before sports events, the best music of the past 50 years. On the Friday of the program name was invented sometime in 2011 at a bar table in Café De Kraplap. Well …The program presenter Larry Koelewijn. He has been with the Local Broadcasting Spakenburg since 1996. Started the program ‘Aart Beving’ as side-kick, later presenter of programs such as ‘Hitdossier’ and ‘Allrighty Then’. Highlight was the program ‘Clock Radio. This program started in 2000, but played less than 10 years. This success was partly due to the sidekicks of the show. Names like Klaaz of Twillert, Jan de Graaf and Edgar de Graaf, but Peter Heuveling and Dirk-Jan de Graaf.

After a year’s absence from the radio, began to itch again. When the opportunity came to fill the timeSLOT

between 12 and 14 hours on Saturday. This program produces home and Larry is not live. But because the motto of the program is “more board talk” is not such a problem, it’s about the music! Every half hour you hear the latest news provided by the Novum. 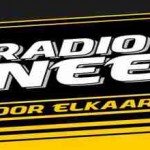 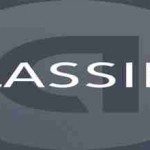