ESKA Wrocław lives broadcasting from Poland. ESKA Wroclaw plays songs and offers news services that aid listeners to overcome fatigue on the day with a very good range of music and news from around the globe. Every Saturday they will be ready to give space for events, concerts, and rooms pertaining to singers, bands, and anyone performing a selected activity and wants to discuss it directly. Not just from the territory of Poland but all of the sports news is shown at ESKA Wroclaw. 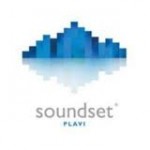