The music of Portugal includes many different styles and genres, as a result of its history. These can be broadly divided into classical music, traditional/folk music and popular music and all of them have produced internationally successful acts, with the country seeing a recent expansion in musical styles, especially in popular music. In traditional/folk music, fado has had a significant impact, with Amália Rodrigues still the most recognizable Portuguese name in music, and with more recent acts, like Dulce Pontes and Mariza. The genre is one of two Portuguese music traditions in the UNESCO Intangible Cultural Heritage Lists, with the other being Cante Alentejano. Regional folk music remains popular too, having been updated and modernized in many cases, especially in the northeastern region of Trás-os-Montes. Some more recent successful fado/folk-inspired acts include Madredeus and Deolinda, the later being part of a folk revival that has led to a newfound interest in this type of music. 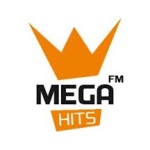