Romantic FM is one of the most famous online radio station on Romania. Alternative and pop music are two basic genres depending on which Romantic FM plays non stop popular radio programs for their listeners need. Romantic FM has been acknowledged by the listeners of Romania for their approach toward good and quality full radio programs filled with excitement.

With the exception of Moldavian-based band O-Zone, Romanian Europop has not achieved considerable echoes outside the borders of the country until 2005, when the band Morandi has achieved success with songs written in English, Portuguese and other languages. The sound of Morandi, DJ Project, Fly Project and a few others marks the transitional period to the Romanian Dance-Pop of the late 2000s and early 2010s.Thanks to a couple of artists such as Inna, Edward Maya, Alexandra Stan, David Deejay, Play & Win and others, a new sound has emerged that has managed to achieve commercial success outside Romania and dominate the national TV and radio music charts. This new sound, nicknamed pejoratively by some “popcorn” after the name of one of its characteristic synths, is characterized by “shiny”, danceable melodies, hooks sometimes based on synthesized accordion and simple lyrics written most often in English, accompanied by videos frequently featuring young women. 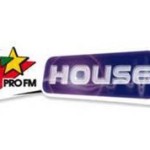 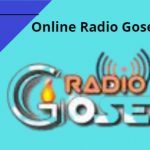