Rotana group was founded by Ibrahim Nagro and his brothers, with a 50% to the Saudi businessman Saleh Kameel. 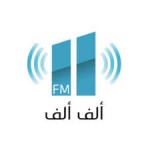