Radio Expres is one of the most famous online radio station in Slovakia. It’s twenty-four hours non-stop music ranging from several genres and artists of the music. Their targeted audience age group is 15 to 30. The station plays all the music listeners love while striving to keep up with the desires of its listeners. Hip Hop, Urban, Underground can be heard.

Radio Expres It is a radio station that broadcasts from This Country. It was launched in 2000. It the most listens to the radio in This Country.  a multi-region (nationwide) commercial radio whose aim is to look after its listeners and commercial partners by regularly monitoring their various needs, and then meeting them in the most effective way. It is a modern and ready medium with a stable, leading position. The radio’s target group is defined to a certain extent by its basic programming focus on brief and quick news, a complete, strong traffic information service, and music format with a strong emphasis on popular and tried and tested hits. As the first radio station in Slovakia, it began regularly testing its music archive and all newly played songs.

Its broadcasts via its own network of transmitters with coverage of 87.2% of the Slovak territory. The built-up network allows individual transmitters or groups to be disconnected from the main current and thus for specific news to be broadcast in a local (regional) area. 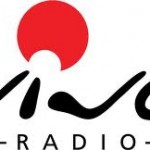 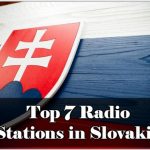