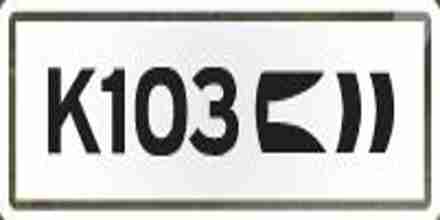 K103 music profile premium on the local over the national, the Swedish front of international and un established front of chart toppers. The basic rule is always that there should be music that is interesting for K103 listeners. K103 rotation is a mix of pop, hip-hop, electronica, soul, rock, reggae and ska. Each week picking the music editorial team gold eggs from all previously unreleased and adds to K103 playlist. All the major student radio stations’ playlists are then added together to student radio list – K103 very own Top 20 list.

The Music of Sweden shares the tradition of Nordic folk dance music with its neighboring countries in northern Europe, including polka, schottische, waltz, polska and mazurka. The accordion, clarinet, fiddle and nyckelharpa are among the most common Swedish folk instruments. The instrumental genre is the biggest one in Swedish traditional music. In the 1960s, Swedish youth sparked a roots revival in Swedish folk culture. Many joined Spelmanslag (folk musicians’ clubs) and performed on mainstream radio and TV. They focused on instrumental polska music, with vocals and influences from other traditional genres becoming more prominent since the 1990s. By 1970, the “dansband” culture also began.

Swedish music has also included more modern and pop influences. On a per capita basis, Sweden is one of the world’s most successful exporters of popular music.