Sham FM is a popular radio in Syria. This radio station is broadcasting from Damascus, the Syrian Arab Republic. It is playing various genres of music like Top 40/Pop, Arabic Music, etc. Sham FM is operating in the Arabic language.

The music of Syria largely emanates from the country’s capital Damascus and the largest city Aleppo. Syria has long been one of the Arab world’s centers for cultural and artistic innovation, especially in the field of classical Arab music. Syria has also produced several pan-Arab stars, including George Wasoof and Nour Mahana. The city of Aleppo is known for its muwashshah, a form of Andalous sung poetry popularized by Sabri Moudallal. Dabka and other forms of dance music are also popular and native to the greater region.

Syria is one of the earliest centers of Christian hymnody, in a repertory known as Syrian chant, which continues to be the liturgical music of some of the various Syrian Christians.

There was formerly a distinctive tradition of Syrian Jewish religious music, which still flourishes in Syrian-Jewish communities around the world, such as New York City, Mexico City, and Buenos Aires: see The Weekly Maqam, Baqashot and Pizmonim. 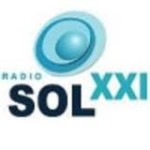 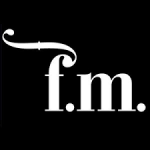