Independent music (often shortened to indie music or indie) is music produced independently from major commercial record labels or their subsidiaries, a process that may include an autonomous, do-it-yourself approach to recording and publishing. The term indie is sometimes also used to describe a genre (such as indie rock and indie pop); as a genre term, “indie” may include music that is not independently produced, and most independent music artists do not fall into a single, defined musical style or genre and usually create music that can be categorized into other genres. 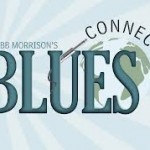