BBC 5 live is originally a full-time national, news and sports station very popular through UK. BBC 5 live has been broadcasting on air and online from UK. Although this radio channel is licensed as a music station, much of its schedule consists of secular music programming, including national, news and sports. BBC 5 live also have several information based programs that are of interest to its core demographic including audiance reports and many others wide range of subjects.

Radio 5 Live was launched in March 1994 as a repositioning of the original Radio 5, which was launched on 27 August 1990. It is transmitted via analogue radio in AM on medium wave 693 and 909 kHz and digitally via digital radio, television and via an Internet stream. Due to rights restrictions, coverage of some events (in particular live sport) is not available on-line or is restricted to UK addresses. 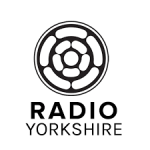