YOUR Radio (formerly CastleRock FM) is a British independent local radio station, serving the West Dunbartonshire Inverclyde andArgyll & Bute council areas of western Scotland. The station broadcasts on 103 and 106.9 FM from studios in Clydebank. The previous owner Romanes Media Group was acquired by Newsquest in August 2015. On the 6th November 2015 the station was bought from Newsquest by the current station management of Gary Marshall and Spencer Pryor, following OFCOM’s approval of the licences being transferred.

When a licence to broadcast to Helensburgh was obtained on 106.9 FM, the Castle Rock FM brand was switched to YOUR Radio on account of its enlarged broadcasting area. The station uses the strap line ‘From the Firth of Clyde to Loch Lomondside’ and is a traditional full service local commercial service with the ‘Best Mix of Music’. The station has joined RAJAR from December 2015 with a registered TSA of 209,000 adults 15+ and is a member of RadioCentre. 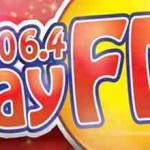